Shawn Smith a.k.a “Big Smitty” humble beginnings were singing church hymns at his Dad’s Churches around the US. Born in 1967, in Modesto, California, Shawn’s family traveled a great deal with the church. The Church of Christ was acapella only, this is where is started for Smith. Shawn took choir in high schools all 4yrs. Unlike his four older brothers, music was not yet a major calling. Shawn’s love in those days was baseball. After starting varsity all four years on the Diamond High School Baseball Team, Shawn received a baseball scholarship to Crowder College. He attended Crowder College one year then moved to Cincinnati, Ohio where he played independent A ball. Smith recalls, “i was 6’3, left handed, could throw about 92mph and thought I was headed to the Major Leagues.” Smith found out that there were many other talented baseball players with his skill sets. Soon after, his family moved back to the Diamond/Joplin area. Shawn then started working at Montgomery Wards as an Assistant Manager in the Shoe Department. While at Montgomery Wards as an Assistant Manager, Shawn’s older brother, Larry , informed Shawn of a band (anonymous) that needed a lead vocalist. After a few weeks of rehearsal, Anonymous landed their first paying gig at Smith Brothers’ Pig Roast (no relation). Shawn said there were 300-400 people there and they received an encore. Smith was hooked. He put baseball in the past and started concentrating on music. In 1990, Shawn’s brother, Larry, approached him about reforming the band, “Smith Brothers,” and going on the road. “Smith Brothers” had been a successful popular 80’s band with brothers Larry, Jeff and T-Ray. “Smith Brothers” signed with an entertainment group out of Omaha, Nebraska called Panco Entertainment Group for two years. Smith then quit Montgomery Wards and headed on the road. Smith says they played in about 20 states. After 18 months, he returned to Joplin. Back in Joplin, Smith was a part of many local bands. For the past 15 yrs, Smith has fronted the “Big Smitty Band.” Smith says he owes his success and durability to the great community, support of friends and family, and to all the great musicians that have played with him. Smith counts that 28 people have played in the “Big Smitty Band” and wants to thank each one of them for their role. 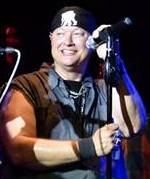 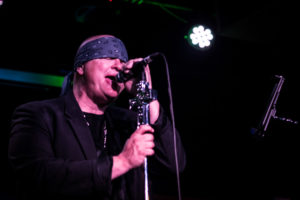 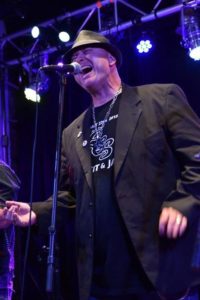