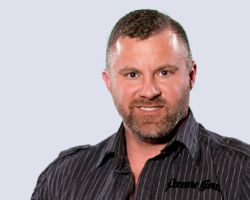 Born in 1978 in the small town of Fredonia, Kansas, Guitarist Waylon Schultz lived out his childhood years in Carl Junction, Missouri. At the age of ten, he got his first guitar for Christmas from his parents and that’s when his love for music started to blossom. At age fifteen he was the lead guitar player for a Christian rock band and at age seventeen, he was hired to play lead guitar for Precious Moments in Carthage, Missouri. There, he played for three years performing three variety shows each day. From there he joined with Duke Mason Band as lead Guitarist. He has been touring with Duke for a total of 19yrs (and still running). Waylon has played lots of various local and distant “gigs” with Duke for many years. Waylon has joined The Duke Mason Band on several entertainment positions on cruise ships. He has played a couple times at the Grand Palace in Branson for a packed house each time. He also got to share an opening spot for country artists, Tracy Lawrence in St. Joseph, MO with 25,000 in the audience. Waylon has also had the privilege of sharing the stage with some outstanding artists, such as, the legendary Jordanairs, The Emperials, Aaron Tippon, Josh Gracin and Gary Muledeer to name a few. Waylon is now a proud endorser of Palir guitars out of Louisiana. “I am very excited to also be a part of Big Smitty. Its a joy to join with Shawn Smitty and the rest of the very talented band! Looking forward to playing some good music with these guys!” 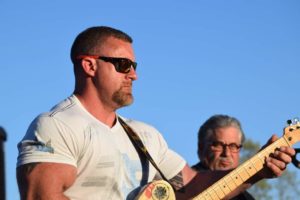 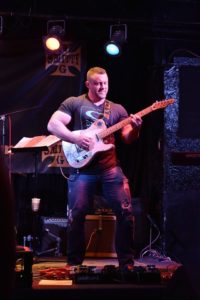