Bringing the beat to Big Smitty’s rhythm section and lending a vocal hand, is drummer Scott Hill. Scott is a Southwest Missouri native who began playing drums and percussion in the 5th grade. In 1978, Scott and his high school friends formed the Neosho Missouri based band City Limits, and played numerous shows in the four-state area up until 1984. A job, bills, and a woman put plans of being a rock star on hold for the next 27 years and the only drumming Scott did was on the steering wheel. In 2011, his old band mates who had kept City Limits alive all those years, asked Scott to play a few with them at their 30 yr high school reunion. After that, Scott stayed on with the band, and then he began providing sound and lighting for the other area bands, venues, and events in the spring of 2013 using the large array of equipment he had acquired since coming back to the music scene. One of the bands he began working with often was Big Smitty. Now Scott is playing member of the band, and is thankful for the time behind the board to be able to get familiar with the band and the large selection of music they play. Scott’s playing style is a simple, solid one that lends itself to the classic rock he grew up listening to. Musical influences include the Eagles, the Beatles, Journey, AC-DC, Boston, Bad Company, the Cars, Fools Face, Kansas, Kiss and numerous others. Scott enjoys all genres of music from classical to country, and is especially fond of any live music. “The Sound, the production, and the talent on stage has always amazed and inspired me. To have the perspective of being on the stage looking out to an audience and knowing what it takes to get there is something that all musicians can appreciate. To put your money, efforts, and endless hours of practice and preparation is something we all can relate to. Despite how difficult it is at times, there is validation and a sense of pride when a crowd pays it back by showing up and acknowledging what we do by tapping toes, dancing, singing along and putting their hands together. Playing with Big Smitty and the talented musicians in the band is such a treat for me. I’m proud of the abilities I’ve been given and after years of not using them, I am honored that Big Smitty has put their faith in me. I hope everybody comes out to see us ans share the music, and I hope everyone will go out and support all the hard working musicians and bands that put it out there to entertain us. 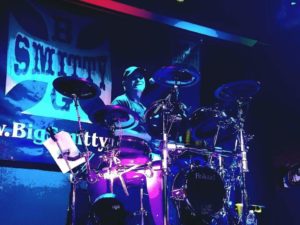 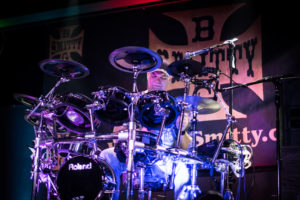 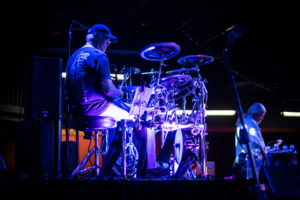